Did you study the law? Otherwise you're a Mary and shouldn't talk about anything you didn't study. Did you study film making? Otherwise you can't have an opinion on movies.
NoToForeigners
7 Feb 2018
News / Israel opposing potential new Polish law to criminalise term 'Polish death camps' [1538]

Why say origin? In any other case (if it suits you) you don't even mention origin of people.There's no ancestry. THOSE JEWS WERE POLES. POLES. They came to Poland after being rounded up and banished from France, UK and Germany where they were discriminated. They came to Poland and found peace. No-one was discriminating them here (as opposite to the so called "WESTERN" nations). They could live the lives they wanted here in Poland. They became POLES. Why do you even mention their religion? Judaism is a religion not nationality.

But it wouldn't matter if it were twelve thousand
It would. I'd still say Poles saved more Jews than Jews themselves though.
NoToForeigners
7 Feb 2018
News / Israel opposing potential new Polish law to criminalise term 'Polish death camps' [1538]

Anyway "Jews of Polish origin" lol.
If there's an Irish having a polish passport is he Polish or not? Leftards usually deny any ethnic originality saying it doesn't matter because "you're Polish if you think you are", right? So we can easily say that ALL VICTIMS OF THE DEATH CAMPS WERE POLES since there was noe Jweish Nation during that time and "Jew" isn't a nationality. That makes POLES the greatest victims of WW2, right?
NoToForeigners
7 Feb 2018
News / Ryszard Czarnecki - Poland's politician and Member of the European Parliament [28]

It doesn't matter what he is accusing her of. The deal is THERE'S NO RULE (LAW) IN THE EU PARLIAMENT THAT ALLOWS TO PUNISH A MEP FOR SOMETHING A MEP SAID/DID OUTSIDE OF THE PARLIAMENT!

IN FACT THERE"S A RULE (LAW) THAT ALLOWS TO PUNISH A MEP FOR THINGS HE/SHE SAID WITHIN EU PARLIAMENT HALLS. YET VERHOFSTADT INSULTED 60k POLES THAT MARCHED ON THE 11th of NOVEMBER 2017 BY CALLING THEM "NAZIS" ON AN OFFICIAL EU PARLIAMENT MEETING AND HE WON'T BE PUNISHED

All that stuff just clearly show that EU isn't about equality but about cliques and bussiness of elites who run that abomination of an UNION.

How many german genociders did the USA give shelter to?
NoToForeigners
7 Feb 2018
News / Ryszard Czarnecki - Poland's politician and Member of the European Parliament [28]

He called other MEP (on Twitter) Róża Thun von something a "szmalcownik".
Szmalcownik was a term to describe a person that betrays Jews for money.

Today (12 o'clock poolish time) there's a voting to dismiss Czarnecki from his function in the EU.

So there's no rule in EU to punish a MEP for the stuff he said OUTSIDE of European Parliament. The EU nazis try and will punish Czarnecki anyway.

There's a rule in EU to punish a MEP for badmouthing others WITHIN European Parliament yet the Hitler-looking Verhofstadt will not be punished for saying (during EU parliament meeting!) that on the 11th of November 60 thousand of nazists marched on the Polish Independence Day therefore badmouthing Polish patriots.


WW2 is our fault, if we didn't exist, then Germs wouldn't invade us and gas Jews on our land, we should import 5 million Muslims to repent our sin of existence.
Hahaahhaa. I know it's irony but it describes a leftists mind accuratelly.
NoToForeigners
2 Feb 2018
News / Israel opposing potential new Polish law to criminalise term 'Polish death camps' [1538]

Anyways. The legislation is about punishing all that bad name POLISH NATION for collaboration etc. Poland was the ONLY OCCUPIED nation where there was NO GERMANY IMPLEMENTED TEMPORARY GOVT (Like in France) so blaming Poland and Polish Nation for collaboration IS A CRIME. You can name and blame individual Poles that sold out Jews AND OTHER POLES if that is a historic fact. But as opposite to Germany Poles didn't vote for an oppresive govt. Germans had ALL THE SUPPORT from society and that makes GERMANS AS A NATION (NOT JUST NAZIS) guilty of WW2 and all the cruelty it involved.
NoToForeigners
2 Feb 2018
News / Israel opposing potential new Polish law to criminalise term 'Polish death camps' [1538]


the reason that many of them are even now so touchy about Poland is because a lot of those founders were survivors
uwazamrze.pl/artykul/995313/jak-zydzi-kolaborowali-z-niemcami

If you can read in Polish that is. It works both ways but in Poland NO ONE SAYS JEWISH DEATH CAMPS!!! (regardless if some of them were actually run by Jews).
NoToForeigners
2 Feb 2018
News / Israel opposing potential new Polish law to criminalise term 'Polish death camps' [1538]

@Casual Observer
Still didnt answer my question.... What about AN ENORMOUS AMOUNT OF JEWS CONSIDERING THEMSELVES POLES. To me we can easily count their souls to the amount of POLES who lost life to Germans .With those it makes the POLISH CITIZENS a GREATEST VICTIM of WW2. Why on Earth ISRAEL has ANYTHING to say about it when it is ARTIFICIAL COUNTRY THAT DIDN'T EVEN EXIST during WW2?

No it wasn't. Hitler wanted to kill ALL POLES TOO.

In common i mean looks, ethnics, faith, religion and most importantly what they consider they are themselves., Like Polish Tatars consider themselves (and prove) Polish regardless of being muslims. Most Jews killed in German Death Camps CONSIDERED THEMSELVES POLES not Jews. Do you believe 8 millions of Londoners are Brits? Or maybe they're Jews? Or maybe they consider themselves Vietnamese but after they're dead it's you who decide they're Brits?
NoToForeigners
2 Feb 2018
News / Israel opposing potential new Polish law to criminalise term 'Polish death camps' [1538]

If i bomb London tomorrow killing 8 million will you say 8 million of BRITS died in London? I bet that less than 50% of people living there have anything in common with Britain.
NoToForeigners
2 Feb 2018
News / Israel opposing potential new Polish law to criminalise term 'Polish death camps' [1538]

i meant this guy 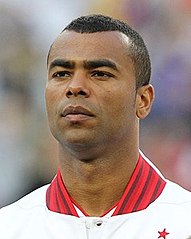 They were considered Poles and treated just like that. Jews came to Poland since 13th century when they were BANISHED from Germany and France. We accepted them into Poland and treated them equally . ALWAYS.
NoToForeigners
2 Feb 2018
News / Israel opposing potential new Polish law to criminalise term 'Polish death camps' [1538]

So we should accept Americans talking about Polish Death Camps and Israelis acting like Holocaust was only a JEWISH thing? LolOLLoloLOollO

Please enlighten me. How many citizens of the country of Israel died in German Death Camps based in Poland?

If this guy is British to you then ill say 3 millions of Jews were Poles and not Israeli. That makes it 6 millions of POLISH souls died in Holocaust. WTF has Israel to do with that?
NoToForeigners
2 Feb 2018
News / Israel opposing potential new Polish law to criminalise term 'Polish death camps' [1538]

Can we say that the camps were actually Jewish as in set up and operated by Jews?

Can we say Japanese Nuclear Explosions over Hiroshima and Nagasaki? That (genocide) happened in Japan. To me that was American Genocide commited on Japanese civilians.
NoToForeigners
26 Jan 2018
Language / Why is Polish such an ugly language? [22]

Why are you so ugly?

I tried to like you but to me your face seems a proper "women repellent". And it's hard (to look at).

How do people live with such face actually?
NoToForeigners
9 Jan 2018
Life / Polish and Czechs [190]

Remember that Hamburgerican Democracy is measured in megatonnes.
NoToForeigners
9 Jan 2018
Life / So I found out the guy I was prepping myself to fight in Warsaw [19]

Beat up all leftards and make the World better!
NoToForeigners
5 Jan 2018
Life / Polish and Czechs [190]

In Czech you have murdered your own people lol
LMAO

You in czechia surrender in a few days, bend over to Germans and kill your own people.
NoToForeigners
5 Jan 2018
Life / Polish and Czechs [190]

ROFL. NO PART OF POLAND COOPERATED WITH NAZIS. Not even closest to Germans Silesia.
NoToForeigners
5 Jan 2018
Life / Polish and Czechs [190]

PełO almost destroyed us completely and what has not been destroyed they almost sold out.

So glad they die out. They lost another very important councilor in Krakow.

They also wanted to sell into foreign hands PKP Intercity for several Euros. PKP Intercity makes a GREAT busines now as well and can afford to modernize Polish trains and infrastructure for 7 billion złoty.
NoToForeigners
5 Jan 2018
News / Jesus Christ is Now Officially the King of Poland [164]

Leftards saying goes: "A man without a penis is still a man if he wishes"
NoToForeigners
5 Jan 2018
News / Americans incite hatred towards Russia in Polish media [51]

USA HAS LOST THE WAR IN SYRIA!

Their decision, though.
Although ff they gonna start to impose that on Us the blood (mostly their) will shed