You can't save face now, Milo. It's too late for that.

You have made accusations against me which are simply not supported by anything that I have posted.

I am the one, not you, who recently provided examples on here of two great Poles (Karski and Pilecki) who heroically risked their own lives to report Nazi's Germany campaign of genocide on conquered Polish territories. You are pretending (or more to the point lying) as if I am the one who needs to become aware of this.

And you are the one, not me, who is psychotically rooting for gun violence along with Lyzko and your fellow Brit jon357. You are quite simply no different from the Klu Klux Klan whose members, like you, have roots in the UK and who also deliberately targeted Poles with calls and acts of discrimination and violence.

You are pathetic, Milo. You can't even stop to construct facts before going into a autistic rant which not only embarrasses yourself (no surprises there though) but degrades the forum and makes it less welcoming for everyone else posting here (which is not acceptable).

Since this anti-Polish smear thread started I have been the one to challenge the OP's latest defamation against Poland.

You on the other hand have been barking and clapping like a trained seal in eager attention-seeking approval of the OP's defamation against Poland along with the OP's psychotic rallying cry for gun violence (also not acceptable).
Poloniusz
18 Feb 2021
History / Malinowo: Polish-Nazi Supression? [447]

Milo, it's clear that you have nothing constructive to contribute to this thread or this forum.

My question wasn't put to you but to another poster.

Your interjecting with infantile and defamatory insults along with your cheering calls for gun violence is despicable and totally unacceptable.
Poloniusz
18 Feb 2021
History / Malinowo: Polish-Nazi Supression? [447]


the ashkenazim are as european/german as they come...There are not many Jews left who would identify as Germans today btw
LOL!

And I would never dare to tell them what they should or have to be!
Well of course you wouldn't dare. Your Zionist Boomer politicians have made sure of that!

By the way, are Jews in Germany allowed to tell others what they should or have to be? Or is it illegal for you to comment?

By the way too, you never answered my other two questions. Why not? Would that also be illegal for you?

goin' on thirty years
Poor them. Do they live in a padded room now or do you?
Poloniusz
18 Feb 2021
History / Malinowo: Polish-Nazi Supression? [447]


Whereas the sephardic Jews have a widespread diaspora in North Africa the ashkenazim are as european/german as they come...
Yawn.

Only a few posts ago you proudly declared your DNA comes from Africa even though you prefer not to be called African.

So lets try something else.

1) Do the two separate groups you mentioned both identify with characters called Abraham and Moses? Yes or No.

Hint: I don't mean any present day drug-dealers or pimps they may patron who happen to have these names. I mean the ones mentioned in their own shared religious texts which speak of their many generations spent in Egypt.

2) Do both groups mark their calendars to stuff their faces with food for an event called Passover? Yes or No.

Hint: I don't mean any day set aside for emotional eating while reflecting upon why they were passed over for jobs and promotions during their careers. I mean the event to acknowledge and celebrate the day their same ancestors left their Egyptian homeland in a self-documented campaign of destruction and conquest to take the lands and exterminate the people in nearby territories.

Can't argue with dyed-in-the-wool bigots.
Clearly that's why you post on here. So you don't have to argue with yourself. And you have no other choice do you? After all, you know that no one in real life would put up with you for longer than a few seconds.
Poloniusz
18 Feb 2021
History / Malinowo: Polish-Nazi Supression? [447]


What exactly has been anti-Polish?
Read no further than the title of this anti-Polish thread the anti-Polish OP started.

That german Jews don't saw themselves as Africans?
The anti-Polish OP took his own anti-Polish thread off-topic by declaring in post #370 that Jews have been in Germany longer than before it even existed. Yet, there is not a single country in Europe whose origins and history are based on the Jews being there before anyone else. His revisionism is pure propaganda and lies.

I pointed out where Jews themselves through written and oral traditions say their origins can be found in Egypt. Rather than acknowledge this undisputed fact both you and Zydko when into panicked diversion and digression. What's wrong with admitting you lot are North African?
Poloniusz
18 Feb 2021
History / Malinowo: Polish-Nazi Supression? [447]

Again, Jews are Semites and therefore Caucasian.
So explain how Hitler could be anti-Semitic when according to you both he as a European and Jews as self-described Semites fall into the same category of Caucasian.

If you can't explain your own rantings on here then it will just go to show you have no point, never did with this latest anti-Polish thread you started, and you know it.
Poloniusz
18 Feb 2021
History / Malinowo: Polish-Nazi Supression? [447]

According to that logic then Hitler would have been self-loathing rather than anti-Semitic.
Poloniusz
18 Feb 2021
History / Malinowo: Polish-Nazi Supression? [447]


Jews are as "white" as as any European.
Really? So rate their "whiteness". 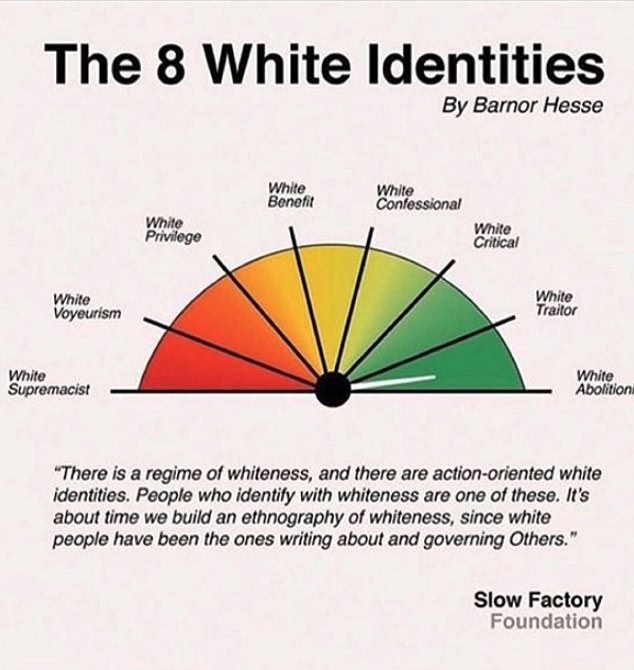 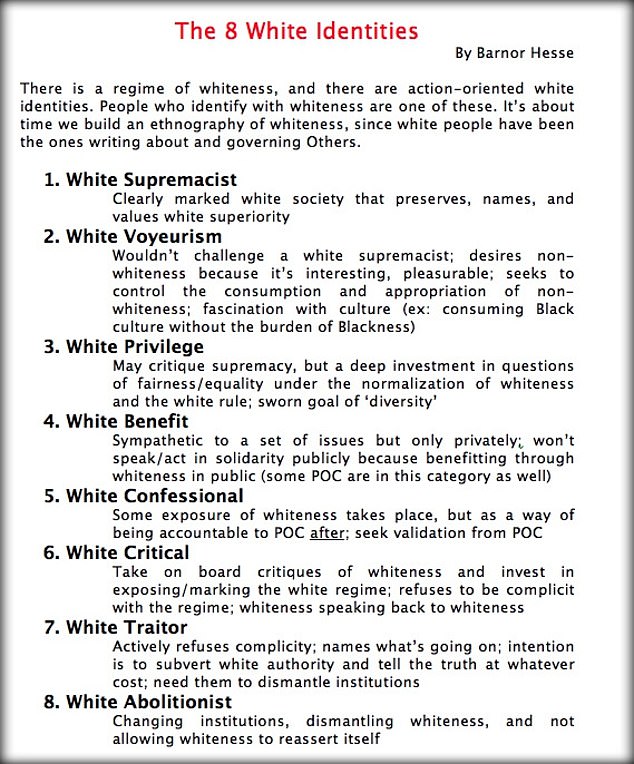 
What?
You're the one you tried to skirt around Jews being identify as North African with your pretzel logic.

So I asked you to further explain this. You can't. Now you are pretending to be confounded over your own poor attempt at brushing off the issue.
Poloniusz
18 Feb 2021
History / Malinowo: Polish-Nazi Supression? [447]


I don't hear any native European call themselves African
Then why is Afrodeutsche a word in your language used by and for Africans born and living in your country?

You think the millions of African migrants Mad Cow Merkel let into Germany and their own native born children in Germany see Africa as a strange and foreign place? Hint: they don't. It's 100% part of their DNA and personal and group identity.

The Jews have a longer history in Africa than Europe and you failed to skirt around this fact.

still that's where our ancestor DNA came from
Then all the more reason for Jews to self-identify and be identified as North African. It's part of their own recorded history too.

On the other hand, it's openly reported that Israel uses DNA to screen out migrants who aren't Jewish. So how does this work if according to you Jews are Germans and German DNA is African in origin but at the same time you and Jews don't call yourselves African?

Jews in Germany...fought in Germany's wars for Germany...you can't get any more German than that.
Thanks for admitting they fought for Hitler and their Third Reich during your country's deliberate invasion, destruction, occupation, and genocide and Poland and her Polish people.

So when are you and your fellow Jews going to do the right thing and pay Poland reparations? At lease $1 trillion is long overdue. Cough it up.
Poloniusz
18 Feb 2021
History / Malinowo: Polish-Nazi Supression? [447]

The Jews have been living in Egyptian lands for far, far longer but oddly are now completely hands-off and arms-length and also never identify themselves as North African!


Dead, fleeing, hiding, soon to be dead....take your pick!
In other words, there was always an excuse to exercise in-group-out-group bias.

Indeed, not one - not one - out of millions and over years ever had the time, a modicum of concern, or even the courage to stand up in public and stand with Poland or go out of their way to save a Polish life.
Poloniusz
17 Feb 2021
History / Malinowo: Polish-Nazi Supression? [447]


Not amazing....just DEAD!
Every single one of them? No survivors at all?


There was just not many Jews left to stage a demonstration back in Berlin 1939
So you admit that they could not bring themselves to perform even one act of selfless bravery and show solidarity with Poland or risk their own life and limb to help even one Pole.


....in 1939??? Seriously?
Thomas Jefferson wrote centuries before that 'whenever any form of government becomes destructive of these ends, it is the right of the people to alter or to abolish it, and to institute a new government, laying its foundation on such principles, and organizing its powers in such form, as to them shall seem most likely to effect their safety and happiness.'

Where should the few survivors had done that? In the camps?
Polish resistance fighter Witold Pilecki voluntarily went to Auschwitz to start a resistance and to warn the world about your Nazi Germany's crimes against humanity. He was later arrested and executed by the communists after the war.

Polish resistance fighter Jan Karski also exhibited selfless bravery and sacrifice and made several dangerous courier trips (including being arrested and tortured by your Gestapo) in order to warn the West of your Nazi Germany's crimes against humanity.

So, talk to me again about Jewish privilege in refusing to help Poles.
Poloniusz
17 Feb 2021
History / Malinowo: Polish-Nazi Supression? [447]

Again, you are yet to provide any accounts of Jews publicly demonstrating against Nazi Germany's invasion of Poland or any account of them risking their own life and limb to save a Polish life.
Poloniusz
16 Feb 2021
Genealogy / Do I look Polish? (my picture) [353]


do I look Polish
Do you have access to family members or government records which could inform you if any ancestors of yours migrated from Poland to Belgium? That is a better way to find out your heritage.

Additionally, you could try one or more of those DNA testing services. Not that they are reliable but they may give you a general estimate of your lineage to other present day countries.

Any of these would be better than guessing by physiognomy and craniometry.

The baseball cap and the clothes, maybe,
That would mean Vanilla Ice is Polish. Still, closer than you will ever get.

I'm talking about collective action within the Jewish community which makes mandatory teaching of Polish role models to Jewish children in classrooms, in the homes, and in the public square.

Better yet, name the Jews who risked and lost their lives helping Poles during the occupation.
I asked something similar a day ago in post #240. Unsurprisingly the OP and his cohorts fell silent.
Poloniusz
16 Feb 2021
History / Malinowo: Polish-Nazi Supression? [447]


The ever-popular Roman Dmowski wasn't exactly a friend of the Jews.
Name the Poles which the Jews have admired throughout their history. Not just some cursory acknowledgement but Poles whom Jews have revered and used as an example for their own children to follow.

Surely after centuries of being allowed as guests in Poland there would be at least one.
Poloniusz
15 Feb 2021
Off-Topic / Serbia etc. thread 2 [990]


be twisted to imply that the Polish state was negligent in some way toward some groups.
And that is exactly what the reparations shakedown mob will do.

Has anyone else noticed that the narrative is always structured in terms of what Poland and Poles needed to do for Jews and not the other way around?

Indeed, Hitler had a pathological hatred of Poles. The Nazis invaded, destroyed, and occupied Poland. There are plenty of documented accounts of Poles risking their own lives to save Jews during the ravages of war. So where are the instances of Jews doing the same to help save Poles?
Poloniusz
14 Feb 2021
Off-Topic / Serbia etc. thread 2 [990]


An interesting story here
Not surprising at all and as admitted to in the article itself:

"the whole affair was scripted by the communist regime to direct public attention away from the economy, badly slumping at the time."
Poloniusz
13 Feb 2021
History / Poland's borders throughout history [25]

Named in honor of Leo, the eldest son of Daniel, King of Ruthenia, it was the capital of the Kingdom of Galicia-Volhynia from 1272 to 1349.


Before, Lwów was Lemberg.
Wrong!