as to you, are you fuckin fagot because Ive noticed that you are male and you look on other guys in way ekhmmm ...
vodka
1 Jan 2008
History / Jewish belongings [118]

so many Poles have the same problem becuse they were cofiscated by commies, and their properties were given for other people prefered in new commie system.
vodka
2 Jan 2008
Language / What language do you like better, Polish or English? [71]


Also I heard that often posted foto of him and some guy, who is said to be young bin Laden is fake.
geocities.com/RepresentativePress/binLaden-Brzezinski.gif

Using Islamists to fight Soviets was a very good idea.
yes it was great idea, what is more successful

Even our current minister Sikorski have been to Afghanistan in 80s Officialy as reporter, but the fact is that he had his AK-47 and he was halping Afganistan people in their fight against Soviets.

one of his photos form Afganistan

yes yes Sikorski our Polish Rambo in Afganistan
vodka
2 Jan 2008
Language / What language do you like better, Polish or English? [71]


Actually, English is as complicated - and easy - as Polish, I think.
;) Polish have opinion of one of the hardest to learn
vodka
2 Jan 2008
History / Jewish love towards Poles [389]


Telling everyone that they are the "chosen" people
there are two nations who think they are choosen by God. Jews and Poles
en.wikipedia.org/wiki/History_of_philosophy_in_Poland
read part about Messianism.
vodka
2 Jan 2008
History / Jewish love towards Poles [389]

OMG we created AIDS (sic!) and Al-Qaida (toghether with USA) :P I dont know if it is positive contribution in world history ;)))

joepilsudski
and again you have made mistake, Brzezinski is right guy ;) just watch it.
vodka
2 Jan 2008
Life / How much do you HATE POLISH PEOPLE and POLAND [1260]


Thats not the point. The point is many Brits including those of colour fought and died for the liberation of Poland hence a little respect thats all.
I dont know if new discussion about Jalta 1945 is needed here.
vodka
2 Jan 2008
History / Poland: we have an interesting history. [72]

In my opinion we have very interesting history, maybe it isnt well known in some countries, but in my opinion it is rich.

We have some nice achievements:

Germans (Prussia) were paying us tribes and called us their lords.

We have taken Moscov in XVII century, converted their Tshar into Catholic :P , and Russians till today celebrate the end of this war as it was yesterday (one of the most important days in their country)

We beaten Soviet Union in 1920

We were one of main reasons Soviet Union collapsed, our Pope JPII, Brzezinski creating Al-Qaeda (he is rather American with Polish origin and Afghanistan was on our side in 80's), Solidarity.

In XIX century we believed that we are nation chosen by god :) Poland Christ of Nations :)

And there were less spectacular events but nice as well.

Or that when Napoleon (F*** him) send our troops to smash revolt on Haiti and our soldiers realized that they have to fight against nation who want to be independent, they changed side and started new life there, and that is why so many of black people from Haiti have Polish names.
vodka
2 Jan 2008
History / Poland: we have an interesting history. [72]


er,sorry,didnt they all just die off from tropical diseases?
not all :) it is article in Polish but there are some photos of black Poles from Haiti LOL ;) 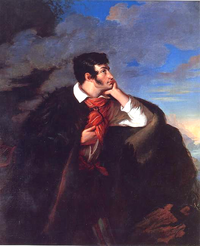 
Koscziusko's contributions to the AWoI?
Kosciuszko :)
en.wikipedia.org/wiki/Kosciuszko
it is long story so I prefer to add link

What is important we have some basis to think we are nation chosen by God :)))
vodka
2 Jan 2008
History / Poland: we have an interesting history. [72]


P.S. Hey people, did you notice that this 2008 started somehow interestingly
yes, but this is thread about history :) we dont discusse if we should take revange for 1830 on Russians ... just telling old stories maybe some American Poles who read it will tell their children about ancient ;) Poles the same as Swede tells stories about Vikings for their children ;)
vodka
2 Jan 2008
History / Poland: we have an interesting history. [72]


I'll look out a link at a more civiliesed hour :)
I m going to sleep as well :) tomorow I will prepare sth interesting about Evil Catholic Poles ;)

polonica.net/imag/Bogurodzica_szlachta.jpg
vodka
2 Jan 2008
History / Poland: we have an interesting history. [72]

or maybe precise where I have done mistakes ... (I will check tomorow) good night and good luck
vodka
3 Jan 2008
History / Poland: we have an interesting history. [72]


I think it would be a nice and inclusive gesture to cite some of the battles where Polish Jews made a valuable contribution. I'm thinking of their contributions toward the defence of Warsaw during the Kosciuszko Insurrections (to name one). Wiwat to them too.
As to Poles and Jews some people say that we have syndrome of betrayed lovers. ;) And Jews talk only about bad Poles and Poles only about bad Jews, both sides claim that there were no mixes, no asimilation and that other side was traitor, but if you really want to hear sth positive about contribution made by Polish Jews into our history. Some Jews participated in our up-rises, some helped us in war against Soviets in 1920 (as volountiers in Pilsudskis Legions) and some were true Polish patriots. The bigest spread of "Love between Jews and Poles" occured in 1860-1862 (January up-rise) when Poland was occupated by Russia ,Austria and Germany. Jews and Poles wanted to be treated equal (Occupators used differences between Poles and Jews to make us weaker as whole) and decided to fight agains Russians, action and cooperation brought asimilation (some Polish and Jewish fractions really wanted it) and we had a lot of beautiful love affairs between Jews and Poles. Unfortunately Russians won. Genraly January up-rising was very characteristic : peasants maried nobels, Jews Poles and so on. Very interesting chapter in our history.
vodka
3 Jan 2008
History / Poland: we have an interesting history. [72]


What on earth has that photo to do with anything?
forbidden Love ;)

I think you've hit the nail on the head. Your whole paragraph is an excellent analysis. Thanks. Maybe it won't be a bad year after all.
thanks
later I will add some links to interesting articles about this issue :)

vodka, poland is not the reason for russian collapse.. Brzezinski and al qaeda? come on now.. :D :D :D
one of the reasons :) but I think there is separate thread about Brzezinski
vodka
5 Jan 2008
History / Jewish love towards Poles [389]


Including some of those taking part in the so-called March of the Living. I've seen a documentary about it, showing what the mainstream media liars carefully hide from view. It's shocking horrible stuff. Scum like this should be forbidden from ever visiting Poland. I hope I live long enough to see this.
haaretz.com/hasen/spages/846721.html

Manifestations cited by the committee have included hysterical weeping, anorexia and lack of appetite,violence toward the "locals" (the Poles), vandalism and theft of items from hotels, and the hiring of strippers to come to their rooms.
Israeli students should learn to understand the history of their people, but also the history of the Nazi idea and the power of its attraction. The Holocaust was not a demonic blow. Human beings were responsible for it.Not the Poles as a nation, but the Germans and their many collaborators in Europe, including in Poland.
The third question is why the hell does everything have to fall on the Poles? The answer is simple: Because the emotional shock occurs on the soil of Poland, hence the Holocaust is perceived as an issue between the Poles and the Jews. (The Germans elegantly slide out of the equation.) In this context, young people's paranoid wrapping of themselves in the flag, and their violence toward Poles , seem logical, even normal. It doesn't take a psychologist to explain these phenomena. But this is not the way to learn history.
vodka
5 Jan 2008
History / Jewish love towards Poles [389]


isthatu
I m young person and I dont understand why young people from Israel come here call us murders. Some members of my family have been killed in concentration camps. I like to read about history but why young Israelians come here and do things mentioned before, who cares about what they feel. Poland is free and they should care about their apertheid country and behaviour like this will not be accepted. If we need to dep we can do it because the historical fact is that communism was much more Popular in Jewish community than in native Poles community and first war agains Soviets was in 1920. And Poles have saved the biges number of Jews in Europe durring WWII. In Nazi German occupied Poland there were Polish collaborators the same as Jewish, example Jewish police packing other Jews into trains to Auswitz

The most flustrated citizens are citizens of 80 000 people Oswiecim/Auschwitz looking on 20 years old victims of WWII or orthodox rasist jews.

hopefully there are some Jews who started to talk about past and present times in open way and noticing some facts cant be called antisemitism.
vodka
5 Jan 2008
History / Poland-Russia: never-ending story? [1341]

Maybe we should bury the hatchet.
What is wrong with Russia ? Maybe they are authorative but it is nothing new. They are not commies.
Russians have positive attitude towards Poles (we are slavs) and I prefere them than Germans.
There is such a big pressure on making historical reconciliation or peace with Germans.
Maybe instead of that we should do it with Russia and open new chapter in our history. I'm not politician but I know that a lot of people share my point of view. I havent found any post on this forum like my, so here it is.

Instead of caustic remarks about who is better or rather worst. We should cooperate because for most of world we are the same eastern europeans and argues between us look like argues between Algieria and Egipt or Spain and Portugal.

It doesnt have sense because we put down each other. Maybe it isnt possible to be good friends but we should have normal relations and in my opinion it should be better than with Germans.
vodka
6 Jan 2008
History / Poland: we have an interesting history. [72]


How about Polish annexation of Czechoslovakian territory in 1938?
they stolen this part of Poland in 1920, we wated to do plebiscite because Poles were majority (now are not) but they rejected
vodka
24 May 2008
Real Estate / Apartment rent costs in Wroclaw [4]