Poland or the Baltics alone would make Putin just lol...
Oh, yeah? We'll see who will "lol" when we get all those Abrams, HIMARS, F-35, South Korean artillery and tanks, the drones, attack choppers and whatnot! If I were an enemy of Poland, I wouldn't be doing too much lol-ing in the near future. :)

a disunified and at the same time militarily strong Europe is and stays a contradiction!
Exactly. Economic and military unification is a must, but politically the EU should cut Poland some slack. We sent half of our equipment to Ukraine, accepted millions of their refugees, provided logistical and medical help etc. and practically served as one big reserve strategic hinterland for Ukraine, and what is the EU doing in this critical time of war? Blocking all our EU funds under some bogus excuses in hope of enforcing a government change. Doesn't look good... :-/
GefreiterKania
11 Nov 2022
Off-Topic / Random Chat Thread [1120]


Piłudski or Dmowski?
I am more of a Piłsudski guy but I think 15th August would be a better date for Independence Day (much warmer). :)
GefreiterKania
11 Nov 2022
Off-Topic / Random Chat Thread [1120]


Back to my question...
Already gave you the answer: the EU (at least its old part) does not have the will to handle the invasion properly. That, of course, stems from the fact that they don't have any vital national interest in Ukraine's victory. Quite the contrary - there is nothing that they would like to see more than quick Ukrainian defeat and going back to business as usual with Putin, cheap energy, low inflation, steady GDP growth etc.


BTW, what does Europe - the sore losers - not have that it needs the US to handle the "Orc" invasion?
You are asking a wrong question and assuming that Europe wants to handle the invasion. Far from it. If it was left for the "old" Europe to deal with, the war would be over a long time ago and Russia victorious.

What US doesn't want is Eurasia, from Lisbon to Vladivostok, ruled from Berlin-Paris-Moscow axis (Berlin-Paris the European part, Russia the Asian section) with American influence here greatly reduced (to put it mildly). Hence, the US involvment.
GefreiterKania
11 Nov 2022
News / 11th November Independence Day in Poland [62]


GK, what historical depiction is the top photo?
Reconstruction group of late 18th century infantry (Gdańsk had quite a sizeable garrison back then and a huge arsenal). Contrary to common (especially in the West) belief, Gdańsk was a Polish city from its foundation through most of its over 1000-year history. So, in a Gdańsk parade you can see medieval Polish knights, Polish troops from horse-and-musket era and, of course, more modern units.

How was the parade, GK. Take any pics?
Watched it online - too cold for my old bones to stand in the streets. I followed my usual 11th November routine: put out the flag early in the morning, read some patriotic literature/magazines and then watch the parade(s) on TV/online. I'm an armchair kind of patriot. :)
GefreiterKania
11 Nov 2022
News / 11th November Independence Day in Poland [62]

That sucks. :( You should have parades as everyone else. I'm not saying historic WW2 units should take part, but modern forces and from other periods - why not?


I just wish Germany hade some too
Don't you have them on October 3rd?
GefreiterKania
11 Nov 2022
News / 11th November Independence Day in Poland [62]

Can't wait for the annual parade in Gdańsk. There will be historical units and vehicles... 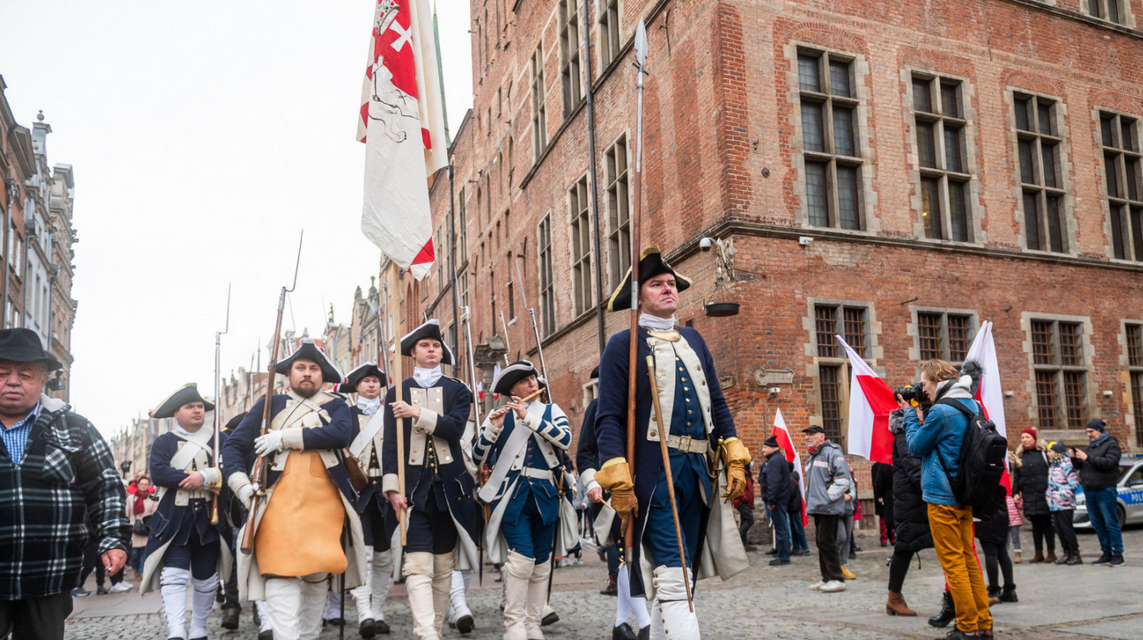 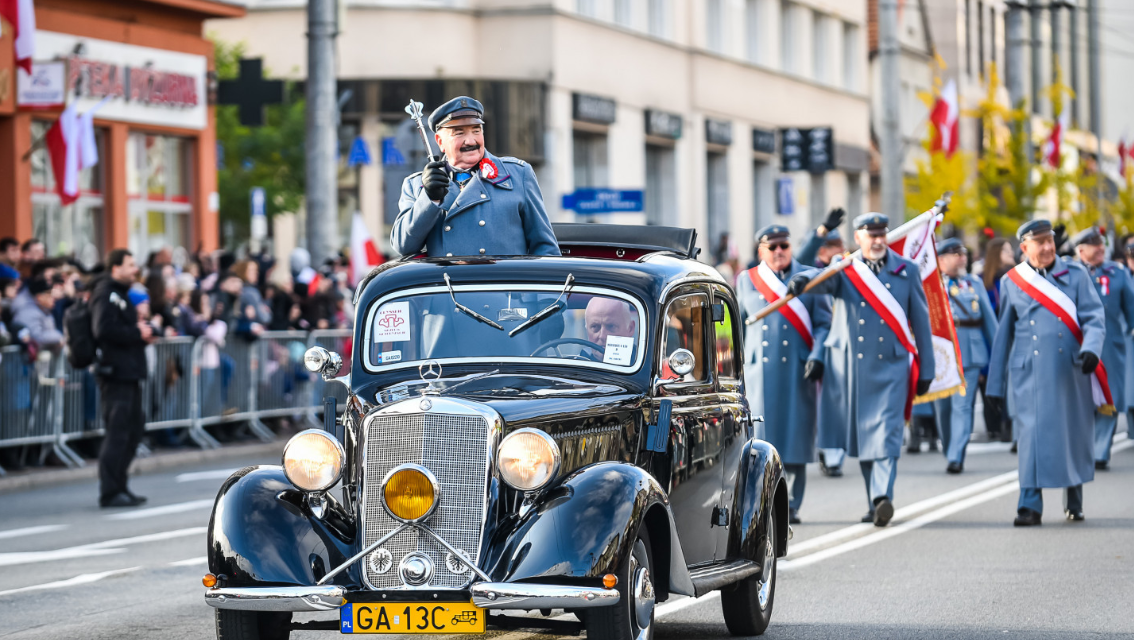 
poles and other similar scum
Stop fantasizing, there are no Polish forces fighting in Ukraine. You are currently being owned like cheap old wh*res by a former soviet republic - brave and resilient but corrupt and backwards like Russia herself. If you fought against a NATO country (ANY NATO country), the embarassment would be infinite.

Putin is like Hitler in winter 1944. He knows he lost but is not willing to surrender - a bitter-ender.
GefreiterKania
5 Nov 2022
Off-Topic / Random Chat Thread [1120]


The West has only one thing: it is satanic.
There are indeed very strong satanic elements in action in the West, and those who follow the Gospel of Our Lord Jesus Christ would have to be blind not to see it. However, if you don't see the satanic inspiration between the deeds of Russia, not only today but throughout their history, then you are equally blind.

only the Aztecs and the Phoenicians, who offered children as sacrifices to the "gods", are on the same level.
Don't you realise that when it comes to abortion Russia is the greatest satanic murderer of children?

Open your eyes, Crno. You can't fight Beelzebub by supporting Baal; they are of the same father - Satan. From the Christian point of view both Russia and the West (the EU more than the US, who are still - all reservations taken into account - a Christian country) are, by and large, apostate and deserving of God's wrath. The Christian world shrank considerably and the centre of Christianity has shifted to Central Europe: Poland (and some former Rzeczpospolita territories), Slovakia, Hungary and parts of Balkans have become the heartland of Christian civilisation. West and East of Intermarium have bowed down to the Devil. It's a sh*tty situation we're in: Satan to the East, Satan to the West.

You know that I am one of the biggest Russophiles on this forum. My love to Russian people and land - from the Volga to the Yenisei - is as big as if I were a Russian myself. It is my dream and hope that they will one day break their shackles, overthrow their satanic former KGB, post-communist ruling "elites" and oligarchs, and turn back to Christ. Then, and only then, will the peace and love between Poles and our younger brothers - Russians - be fully possible.
GefreiterKania
5 Nov 2022
News / Poland`s aid to Ukraine if Russia invades - part 4 [1127]


These troops died for jews/globalism
No, they died for the freedom of their country. Russian soldiers, on the other hand, are dying so that oligarchs can keep shi*ting into their golden toilets on their fancy yachts, and so that the corrupt system of organised cleptocracy can keep sucking the blood of Russian people. They are, in fact, fighting against their own land and people.

Keep dying, Russian soldiers - so that the ruling elite can buy more villas in Switzerland and Italy. Keep dying, it's worth it.
GefreiterKania
31 Oct 2022
News / Poland`s aid to Ukraine if Russia invades - part 4 [1127]


nuke the residents of Chicago
USSR would have been more than happy to do that, if that hadn't meant residents of Moscow evaporating shortly after.
GefreiterKania
31 Oct 2022
News / Poland`s aid to Ukraine if Russia invades - part 4 [1127]


the difference between Dresden in 1944 and Kyiv in 2022
The difference is that Dresden in 1944 was under the rule of criminal, genocidal nazi regime and the population living there voted the said regime into power and supported it, whilst Kiev in 2022 is a capital of a democratic state and a victim of unprovoked, aggressive invasion.

If this "slight" difference escapes someone, then it's a case of clinical idiocy and not much can be done here.
GefreiterKania
31 Oct 2022
Po polsku / Koszałki-opałki, trele-morele i inne duby smalone :) [724]


Finland ready to host nukes
Proper order. Shorter way to Moscow from there.


they lost their Eastern territories for the war they started against Poland
Exactly. The loss of their eastern lands was a direct result of the lost war of nazi aggression, not of some sort of reparations deal between Germany and Poland. Bringing it up is useless in reparations discussion. You lose a war, you lose some land - nothing unusual here. However, if on top of that you organise the greatest genocide in human history against the country's population, murder its ruling class and intelligentsia, raze its capital to the ground and rob it blind, then reparations are definitely in order. Ask the French or the Brits how long it took Germany to pay all the reparations for WW1.

Luckily, as I said before, Germany doesn't have to pay a single dime. All they have to do to make the reparations nightmare disappear is to stop meddling in Poland's internal affairs, stop trying to install their Gauleiter in Warsaw, and start conducting more friendly policies regarding e.g. the EU funds for Poland. If they can find it in their hearts to accept that Poland is an independent country that has every right to order her internal affairs as she sees fit, then there will be no reparations issue to bother our German friends and neighbours. Can they do it? I hope so. :)
GefreiterKania
18 Oct 2022
News / Poland to officially demand $1.32 trillion WW2 reparations from Germany [393]


no living German in his or her right mind would dare to petition somehow reclaiming these
Of course not. Even the former DDR lands are depopulating - who would settle in former Polish lands if Germany ever somehow regained them?

Pragmatism and political realism should rule the behaviour of states, especially the allied ones - yes, Poland and Germany are still allies (at least on paper). The question now is, can Germany accept strong, independent Poland, ruled by a conservative Christian coalition, not willing to accept either the cultural revolution or meddling in her internal affairs. If they can do so, then I am quite sure the issue of reparations will disappear as quickly as it recently appeared.

The fact is that neither Germany nor Poland had anything to do with the land swap - it was ordered by Stalin and nobody asked either Poles or Germans if they were happy with it.
GefreiterKania
18 Oct 2022
News / Poland to officially demand $1.32 trillion WW2 reparations from Germany [393]


Neither Swedes as a people are interested in reconciliation nor Germans
As people they might be (some individuals). As countries, apparently not.
GefreiterKania
18 Oct 2022
News / Poland to officially demand $1.32 trillion WW2 reparations from Germany [393]


You forgot to include the legal approach
Germany's case might (just might) be solid from the legal point of view but that's not the most interesting thing here.

The most interesting thing is the question of reconciling being a "moral superpower" - having the right to lecture others on pretty much everything - and "taking full responsibility" for III Reich's crimes while, at the same time, flatly refusing to pay for them. :)

Did Poland try to collect from Sweden?
Of course. Poland have been trying for over 300 years and will continue to do so. The problem is - thieves, being thieves, are rather unwilling to return stolen goods.