Frankly, I have more important things to do, rather than urgently try to find references for you.
Maybe there aren't any? ;)

Quick career (till leutenant) in regiment that is considered Neo-nazi even by US House of Representatives - is it not enough?
The only thing you have is a photo of a head that might be him or not....ever heard of fakes?

A true neo-nazi who is such an important member of Azov that he was deemed worthy of a cover pic has surely enough proof of his real mindset, wouldn't you think? There must be alot more to find, his history with Azov for example...statements....his rise in ranks....his training.....comrades who knew him from before and fought with him side by side...etc...

And that would truly clear things up....that photo alone just isn't enough in these faking times, sorry!
Bratwurst Boy
25 May 2021
News / What should Poland do with the problem of Belarus? [557]

In the link to that twitter thread there are those photos....and I CAN compare! :)

Do you have some statements made by him which support that accusation of him being a neo-nazi?

That would clear things up, don't you think?
Bratwurst Boy
25 May 2021
News / What should Poland do with the problem of Belarus? [557]

I just read about that...it seems that isn't him in the photo....at least its highly doubtful!

They even put two head shots of him side by side...

Then there is the logic....usually your typical neo-nazi is very much authoritarian and anti-democratic and for sure isn't generally standing up for more liberal human rights....

Hmmm....I'm not sure if I should believe you! The enemies of a dictatorial regime have always been defamed and denigrated by the not-free media of such a government.

I remember that very well!

But no proof at all! Standing up to a dictator doesn't make you a Nazi.

If you have anything more than that please post it....
Bratwurst Boy
25 May 2021
News / What should Poland do with the problem of Belarus? [557]


Would you say
Why not gassing them for being Germans? You adore Hitler so much, he did it with the Jews....
Bratwurst Boy
25 May 2021
News / What should Poland do with the problem of Belarus? [557] 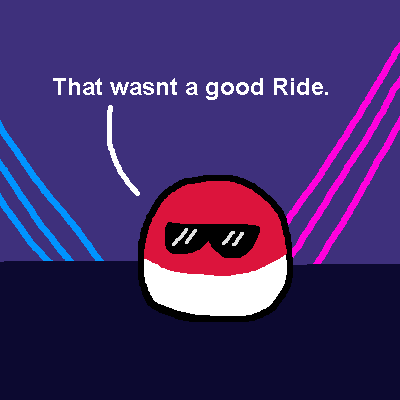 Nah....it's a prestigous price...for the country....people cry and hug each other over it! Especially for countries who usually don't ever win anything...

Agreed! Only the last years winner, who also wins the right to arrange the next years party, should still get a free ticket....but nobdody else!
Bratwurst Boy
23 May 2021
Off-Topic / Pawian vs Ironside! Who will emerge victorious?! Let the fight begin! [31]


it got what it deserved... (as did the others at the bottom)
*nods*

Yes, that's all there is, no conspiracy!

Spain only did get a few points too, maybe its really time for the "Big Five" to rethink their given carte blanche. That really doesn't bring out the best in us. Maybe it would better we would enter the contest through the semis, like everybody else....at least Germany and the UK would be spared the yearly humiliations, heh:)
Bratwurst Boy
22 May 2021
Off-Topic / Eurovision - Today I will be ashamed to be Polish [127]

Poor UK....again! (Couldn't be worse than the finger!)

Come to think of where was Turkey today?
Bratwurst Boy
22 May 2021
Off-Topic / Eurovision - Today I will be ashamed to be Polish [127]

But then, I'm not known for my successful Eurovision bets!
Bratwurst Boy
22 May 2021
Off-Topic / Eurovision - Today I will be ashamed to be Polish [127]

Can't be that queer....queers and gays would give Germany points!
Bratwurst Boy
22 May 2021
Off-Topic / Eurovision - Today I will be ashamed to be Polish [127]

Totally agree...that would be best....especially for Germany! Maybe then the people responsible here will start to take care again who they send....right now it looks they don't give a flying f*uck!

Maybe they hadn't had any explosives available?
Bratwurst Boy
22 May 2021
Off-Topic / Eurovision - Today I will be ashamed to be Polish [127]